Brandon Keane looks back on 6 months at Network Scientific

During my interview with Network Scientific, I was told by both the MD and Sales and Marketing Manager that you had to be a bit mad to work here. If there was an award for understatement of the century, I think that takes it!

6 months have now passed since that fateful first day in the Sales and Marketing Team, and with my sanity still somewhat intact, the time has flown by thanks to the amazing team I have the pleasure of working with every day. I’ve always been lucky to work in roles where you can bounce ideas off one-another, but even more so here at Network Scientific, where there are not only a range of career paths and qualifications, but also many years of industry experience to learn from (which is a polite way of saying some people are older than others!).

Having taken on many campaigns since starting and been given the freedom to run them as I see best, it was welcoming to know that a company believes in their employees enough to trust them with such a responsibility. Obviously, we can still call on help when we have questions, but for the most part they let us work autonomously and deal with all the work for a campaign.

Working with so many different companies lets you gain an exciting look into the different sectors we work in, meaning that every day is different! This is great for me as I get bored with the same monotonous work, day after day, and Network Scientific lets me change up my routine week-by-week.

Obviously, no matter how fun the job itself it, the team are crucial to enjoying getting up for work. There isn’t a day that goes by where I wake up and think, “I don’t want to go into work today.” because of the team. Every day, without fail, we will be in fits of laughter over something, we all get on, and we’re constantly bringing the best out in one another. It is great to work somewhere that you not only feel welcome, but among friends.

With six months gone in the blink of an eye, I can’t wait to see what the next 6 months bring! 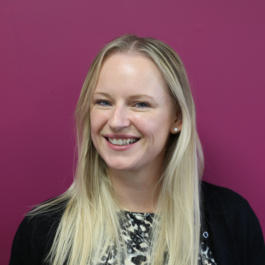 Always follow up with all of your leads! There's nothing worse than losing out on a strong prospect due to not following up after initial contact.