We are all self-professed geeks here at Network Scientific so we couldn’t resist doing a little bit of research into the SpaceX Crew Dragon launch due to take place today at 9:33pm UK time! Below we have summarised some of the key information we discovered about the launch…

NASA and Elon Musk’s SpaceX will make history today by launching two astronauts on board the SpaceX Crew Dragon capsule. This will be the first crewed launch from American soil since the Space Shuttle programme ended in 2011.

At 9:33pm UK time, NASA astronauts Robert Behnken and Douglas Hurley will travel from the Kennedy Space Centre in Florida to the international Space Station. This mission, called Demo-2, is the final major step required by NASA’s Commercial Crew programme to get the Crew Dragon certified for more long-term crewed space missions.

The journey into orbit will take around 10 minutes and will be powered by a SpaceX Falcon 9 rocket. After separation, the first stage of the rocket will return to a SpaceX landing ship stationed off the coast of Florida. The second stage, with the Crew Dragon capsule, will continue to the ISS where it will dock 24 hours later.

During the mission, Behnken and Hurley will test the Crew Dragon ‘s environmental controls, displays, thrusters and autonomous docking system. The main mission is to complete the validation required by NASA’s Commercial Crew programme to ensure the spacecraft is safe to carry astronauts.

If the mission is a success SpaceX will be allowed to go ahead with more crewed missions to the ISS as part of their $2.6 billion contract with NASA. 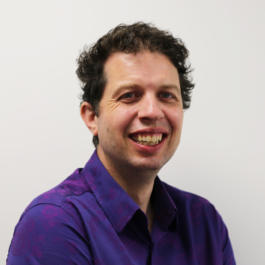 When selling a product or service try to emphasise the benefits that it will bring to your prospect. A list of features is likely to mean relatively little to them, but if you can tell them how you can solve their problems they’re far more likely to engage.